5 degrees you will thrive in if you love languages 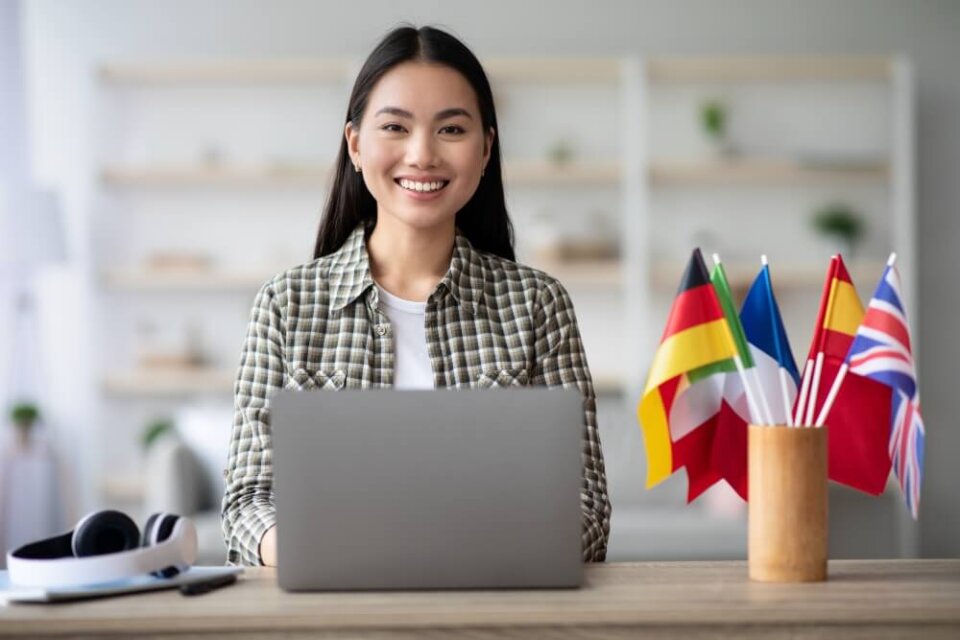 5 degrees you will thrive in if you love languages was originally published on College Recruiter.

Choosing your study focus in college will take time and it may well change. For those who speak multiple languages, learn languages easily and enjoy travel, there are many study options available. Once you have a strong basis in a new language, your world will grow quickly.

ESOL or English as a Second Language

The world of business travels on the English language. American English is the language of major cultural movements, particularly in the world of pop culture. If you love to teach, love to travel, and have excellent cultural awareness, teaching ESOL can be a thrilling field of study and career.

English is not easy to learn. The syntax can be frustrating and the process of turning a single item into many items can be torturous. Slang is also challenging for those working to learn English. If a pole on the ground is 10 feet long and you stand it up, it becomes tall instead of long. The pole can also be 10 feet high. However, a person who is 6 feet from heel to crown would be only tall, not long. They may object strenuously to being referred to as “high”.

To teach ESOL to children, you will need a sense of fun, a good ear, and strong performing skills. Most adults working to learn English are doing it for both commercial and personal reasons. Your teaching focus as an instructor of adults may also need to include industry-specific jargon.

Taking up international studies will mean that you will learn about many aspects of humanity as you narrow your focus to one part of the world over time. Your understanding of different regions of the world, including

Studying in this field will increase your understanding of why certain regions of the world function as they do. Your studies may also include some uncomfortable topics, such as colonization, European expansion, and the dying and endangered languages all around the world. As an international studies major, you may eventually work in foreign service. Your lifestyle could include a great deal of travel and time in many of the major cities and cultural centers around the world.

The ability to function well in any language can make you an invaluable asset to businesses around the world. Learning a language well means more than just studying the literature. To function well in international business, you need to understand

When you’re in school it’s very easy to get into research paper mode. However, learning a language through the literature of the nation may separate you from the ability to function well in international business. Formal communication is important, but casual communication is critical.

If you are interested in international studies or international business, prepare early to find ways to immerse yourself in different regions of the world. Learn the quirks of the culture through their language.

Your career may take you to emerging markets around the globe. You will need to be able to communicate well with executives who have had the chance to study English as well as craftsmen who have never studied another language. Cultural awareness and the ability to switch easily between English and the language of the region can make you an invaluable asset.

Language studies encourage the student to move through the human experience to understand the development of language in homo sapiens. This degree can combine both language and linguistics.

In addition to English, you will likely need to learn another language. During this course of study, you will also learn about the

A degree in language studies can give you a great deal of cultural awareness. You may find work as a writer, translator, teacher, or diplomat. If you have a strong interest in technology, you may also find work in developing speech-to-text software and language processing.

Language study professionals may also find that this degree can help in further training in the fields of speech therapy and counseling. Current studies indicate that many who struggle with mental illness also suffer from limited language capabilities.

The combination of linguistics and anthropology allows the student of languages to study the language of social life, rather than the language of literature. At the sidewalk level, this means that linguistic anthropology studies unedited language. This may include the study of cultures that have no written language. You may also be working with those who are denied an education or have limited reading and writing capabilities.

If you’re interested in working in foreign service, linguistic anthropology can help you build the skills to communicate with farmers in India about what they need for their irrigation setup. You may be able to assist as a diplomat in war-torn regions trying to rebuild their societal pillars. As a person trained in linguistic anthropology, you may have strong insights into unique cultural aspects, such as caste systems and the spread of anti-intellectual sentiments, and the risks that come with these limitations.

For those who mourn the dying languages of the world, linguistic anthropology may be their dream field of study. Understanding how language comes together, how names are assigned to objects, feelings, and conditions, will help you as you strive to study languages that are disappearing. You can also study how languages spread across landmasses and what the connection of language and power can do to the development of a culture.

–Taylor Haskings is a freelance writer born in Denver, Colorado. She graduated with a bachelor’s in English from the University of Colorado, Denver. She enjoys hiking in the Colorado Rockies and loves the fine arts, such as playing the violin. Her true strengths include networking with others, and expressing herself through the written word.