Waiting For That Job Offer Too Long? Here Is Why.

Waiting For That Job Offer Too Long? Here Is Why. was originally published on Ivy Exec.

After you submit your application materials or interview for a job, you wish the hiring manager would get back to you as soon as possible.

But according to Indeed, only about four percent of job candidates hear back in that sought-after one-day timeline. Far more hear back within a week of applying (37 percent), while 44 percent had to wait several weeks.

With all of our hiring bells and whistles, including applicant tracking systems (ATS), hiring timelines have become less efficient. Glassdoor found that the average timeline increased by ten days between 2010 and 2015!

The industry you work in also makes a difference in how long it takes to receive a job offer. Jobs in engineering and research fields took a median length of 49 and 48 days, according to a LinkedIn report from 2021.

Even the fields with the shortest timelines – customer service and administrative jobs – took 34 and 33 days.

If employers are hungry to fill open positions, why does it take so long to hear back from them? Here, we’ll aim to lessen the stress of your job candidate limbo by sharing what the hiring process actually looks like in 2022.

Companies are holding out for “dream” candidates.

At the moment, employers control the market, with 72 percent of senior managers reporting that they’re receiving more applications than they did before COVID-19 in 2020.

Because so many qualified candidates are looking for jobs right now, some employers are dragging their heels until they find applicants who fit all or most of the skills and qualifications they’re looking for.

Unfortunately, this perception that qualified job seekers oversaturate the market often means they treat candidates less respectfully. The more job seekers there are, the more likely companies are to either ghost or “breadcrumb” applicants. Breadcrumbing involves providing periodic updates about a position without a definitive timeframe.

The process is lengthier than you realize.

If you’re one of the first candidates in an interview, you could be in for a long wait. You might be an early candidate in a long roster of interviewees, and scheduling several interviews with the hiring manager and key personnel can be an arduous process that in itself could take several weeks.

Not to mention that some organizations are using second interviews to further differentiate top candidates from one another.

At the same time, the company is likely checking top candidates’ references. This process can be pretty time-consuming, especially if hiring happens near holiday breaks or common vacation seasons.

The organization also needs time to draft the offer. Determining the pay and benefits for candidates can require sign-offs from several individuals.

Alternatively, the hiring manager may be screening for several open positions, meaning that hiring your role isn’t their top priority.

Hiring timelines are getting longer, in part because companies have more tools for ensuring candidates are good fits for the position. Being more careful about hiring the first time around makes sure new hires won’t quit, and companies will have to start all over.

So, many organizations are incorporating time-consuming background checks, skills assessments, and personality tests as part of the process.

“More than ever, recruitment is a question of fit: companies want to make sure they are getting the right people, but also want to make sure that they are the right company for those people. Recruitment is expensive, and recruiting people who leave shortly after because they are unhappy is a waste of time and money for everyone involved,” says Michael Smets, a professor of management.

Remember that hiring timelines are only estimates.

It’s common practice for companies to tell candidates how long they should expect to wait for an offer. But this is only an estimate, though hopefully, organizations are scrupulous about at least attempting to stay within their timeframe. Otherwise, you may want to be concerned about accepting a job at an organization that “breadcrumbs” you.

Why might employers miss the deadlines they set out in the interview?

For one, they may have extended the offer to another candidate and are waiting to hear back from them before turning down other finalists. Or, internal conditions may have shifted, even after the company has interviewed candidates.

“The job opening itself might also get delayed or rethought depending on internal issues within the company (this might be due to changes in management, the budget, or a change regarding the person who is vacating the position),” said Alison Doyle.

There are many reasons companies may not move quickly enough for anxious job candidates. But as long as they respectfully communicate with you, a long hiring timeline might be a good sign.

“The more thoughtful the organization is in making decisions, the better the long-term outcome is going to be for both the applicant who gets hired and the organization,” says Brent Smith, professor of management and psychology.

While you’re waiting, you don’t have to sit there twiddling your thumbs. It’s appropriate to reach out to your contact at the company ten days to two weeks after an interview. Also, no matter how great you think you did in an interview, you should keep applying for other positions, as you can never know if you’ve gotten a job until you receive the offer. 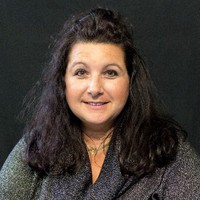